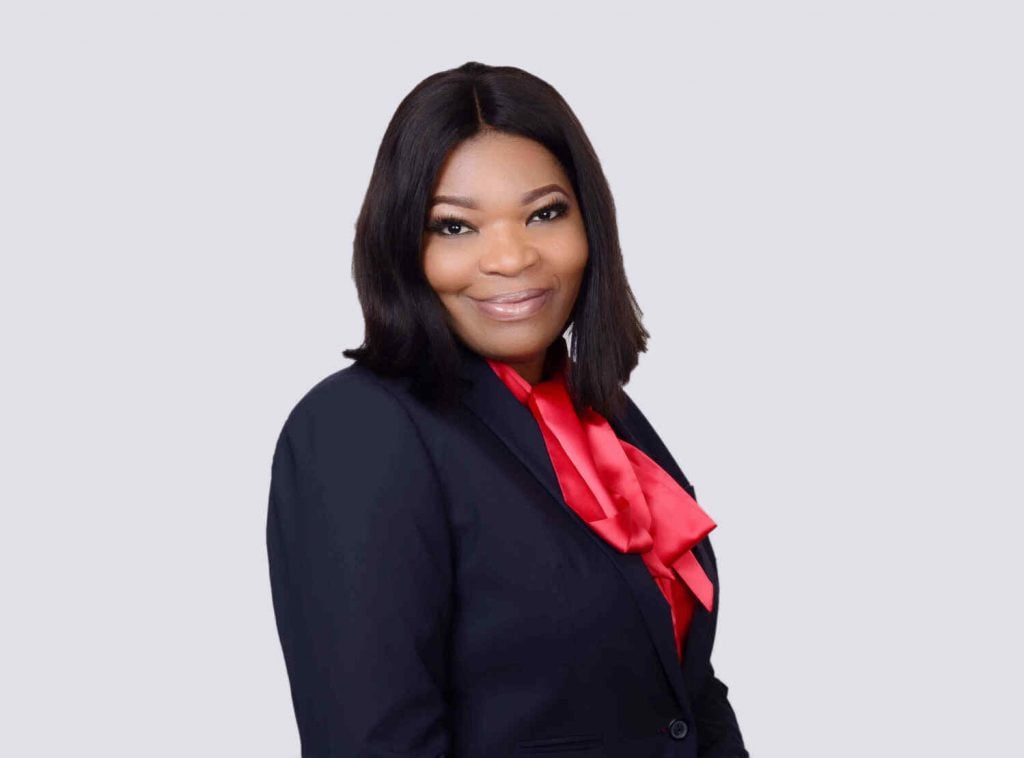 Here are the numbers – 54 countries in Africa. 643m people without access to electricity. That translates to 53% of Africans. Canada generates more electric power annually than all of Africa. While these are certainly hurdles to overcome, they present an opportunity to shape things for a better future. In Nigeria alone, research shows that mini grids are a $10 billion opportunity. Africa’s huge potential is begging to be unlocked, the energy space only one of the numerous ways to spearhead a socio-economic revolution. One of the key drivers of change will be accelerating access to power across the continent.
The importance of access to energy cannot be overstated – it is critical to a nation’s socio-economic development. Health is affected where there is reduced or no access to energy: millions of Africans die every year from the adverse effects of the use of kerosene, wood-burning stoves and similar. Research has shown that the use of charcoal and other toxic fuels in sub-Saharan Africa causes more deaths than HIV/AIDS and malaria combined. Hospitals and emergency services cannot operate optimally, resulting in high mortality rates. Education is affected when school children cannot study; Agriculture is affected where there is no power for irrigation or food preservation. Commerce is affected owing to the high cost of doing business with generators. With fewer opportunities for investment, economic development is slow. To achieve inclusive growth and to create more opportunities for every African in the city and in rural areas, on and off-grid, energy access must be a regional priority.
Conventional and predominantly grid electricity has struggled to meet the everyday needs of the average African. Years of underinvestment, lack of proper maintenance of existing infrastructure and subpar management means that there are only seven countries in sub-Saharan Africa (Cameroon, Gabon, Ghana, Ivory Coast, Namibia, Senegal and South Africa) where more than 50% of the population have access to electricity. Africa’s energy problems are well-documented. That the situation needs to improve is not up for debate; how best, then to reduce the energy poverty and its crippling side effects?
Renewable energy can and must form a large part of the solution.

Not only is the reality of fossil fuels as a finite source of energy and our over-reliance on them now put in starker focus, but more research and knowledge has shown the need to move towards cleaner, more reliable and affordable sources of energy. Sustainable Development Goal #7 to ensure access to affordable, reliable, sustainable and modern energy for all, must serve as a central point. Renewable energy sources varying from solar, hydropower, wind, biomass and geothermal offer different options to the domestic, commercial and industrial end-user and can plug those gaps in energy supply. Africa’s renewable energy potential is high and only just scratching the surface, contributing less than 2% of the energy mix in sub-Saharan Africa.

In recognition of these challenges, regional and international governments have stepped up to create specific policies that will accelerate the continent’s access to power. Regional governments must be at the forefront of solving their own problems.

ECOWAS member countries have created the Centre for Renewable Energy and Energy Efficiency (ECREEE), targeting 20% renewable energy contribution to the energy mix by 2030 with off-grid electricity serving 25 percent of the rural population. Collaboration with international agencies such as the United Nations Food and Agricultural Organization (FAO) and the United Nations Industrial Development Organization (UNIDO) will help to support the process. The Southern African Development Community (SADC) and the East African Community (EAC) have similar renewable energy policies.

In North Africa, 2011 saw Morocco insert sustainability into its constitution and a directive to reach 52% renewable energy by the year 2030. By 2014, Africa’s largest wind farm was built there. Fast forward to 2019 and the multi-billion-dollar Ouarzazate Solar Power Station with the plan to produce 580 MW of power is the world’s largest solar thermal power plant. Egypt is home to Africa’s largest off-grid Hybrid Pumping & Irrigation System at 147 kW. The developers of the irrigation system are also innovating by building low-cost solar irrigation pumps, designed to be more energy efficient than traditional electric pumps.

The South African government published the Integrated Resource Plan (IRP2010-2030), targeting in the region of 40% renewable energy contributions by 2030 and followed this up in 2011 with the Renewable Energy Independent Power Producers Procurement Programme (REIPPPP) to ensure implementation.

From Rwanda’s 8.5 MW solar farm, Ethiopia’s 120-MW Ashegoda wind farm and another 51MW wind-generated power in Addis Ababa, Kenya’s Olkaria Geothermal Power Plant, and a 40,000-acre wind farm providing low-cost wind power to Kenya’s national grid, East Africans are increasingly using renewable energy. Their countries offer incentives through several tax exemption programs if people take up solar and renewable technologies. They have import duties of 0% for several technologies, including photovoltaic cells and modules. In Tanzania and Kenya have removed value-added tax on solar products. This has paved the way for increased business in the solar energy industry especially with innovative PayGo solutions in the off grid, rural areas to hundreds of thousands of people. Customers pay an initial deposit followed by typically monthly payments and receive solar home systems which they go on to own once payments are completed.

In West Africa, Nigeria’s government recognises the urgent need to implement policies that will contribute to giving energy access to approximately 90m Nigerians without access to electricity. Government reform was introduced to encourage a diversification of the country’s energy mix; Vision 30:30:30 was born, with the aim of achieving 30,000MW of electricity by the year 2030 with renewable energy contributing 30 per cent of the energy mix. This goes together with the National Policy on Renewable Energy and Energy Efficiency to remove the key barriers that put renewable energy and energy efficiency at economic, regulatory or institutional disadvantages relative to other forms of energy in Nigeria. The goal is to provide an enabling environment to attract investment to the renewable energy space and to enhance existing power solutions.

In 2016, President Obama of the USA signed the Electrify Africa Act, making electricity in Africa a foreign policy priority for the USA; the act will provide the basis for companies to invest in promoting energy solutions in Africa through public-private partnerships. This is in addition to the Power Africa Initiative set up to support the achievement of first-time access to electricity to 50m people by 2020.
The private sector is also doing its part. In 2016, African Development Bank Group launched its New Deal on Energy for Africa with a goal of supporting Africa to achieve universal electricity access by 2025, with a strong focus on encouraging clean and renewable energy solutions. The AfDB has said that this will require providing 160 GW of new capacity, 130 million new on-grid connections, 75 million new off-grid connections and providing 150 million households with access to clean cooking solutions. The New Deal will require an estimated investment of between US $60 billion and US $90 billion per year for actualisation. AfDB will invest US $12 billion of its own resources in the energy sector over the next five years.

Akon, the award-winning Senegalese rapper, in 2014 launched the Akon Lighting Africa Initiative. With headquarters in Mali, the initiative aims to bring solar-powered solutions that will provide rural Africans with access to clean and affordable electricity. For funding, they partnered to facilitate a $1b credit line. Progress has been made. Reports have it that 100,000 solar street lamps and 1,200 solar micro-grids have been installed across 480 communities in 18 countries, translating to the creating of 5,500 indirect jobs. A solar academy was launched in 2016 to build capacity among Africans and to develop their skills such that Africans can manage the project. That Akon Lighting Africa is a social enterprise may form a large part of its success. Decades of charity in Africa have perhaps led to overdependence on others to solve the continent’s problems.
Renewable energy will make up almost half of sub-Saharan Africa’s power generation growth by 2040, according to a report by the International Energy Agency. Opportunities abound in the renewable energy across board; for the rural microentrepreneur who might become a distributor for PayGo solar; for the tech youths looking for solutions that will enable renewable energy services; jobs will be created in manufacturing, installing and sales of renewable energy products; waste-to-energy opportunities are available for farmers; potential revenue for landowners where their land is used for wind or solar power installations and many more.

Efforts must continue to be concentrated on allowing the renewable energy sector to contribute to transforming Africa – improving electrification, encouraging entrepreneurship, creating jobs, encouraging lifestyle improvements, providing opportunities for rural women, diversifying the economy, encouraging financial inclusion and stemming rural flight among other benefits. Success will come from collaborative efforts across the public and private sectors while working with communities to ensure they feel a sense of ownership.

Government needs to create an enabling environment that will encourage investment to the sector. Investors need funding security for renewable projects as they are often capital intensive at the start-up stage. Robust implementation of policies with rigorous quality control is key. Public-private partnerships should be championed as part of the energy accelerator process.
For every child that can study for longer and increase their chances of an improved life and for every remote dweller that no longer needs to walk for miles just to charge their mobile phone, for every hospital where a new born or it’s mother’s life s saved, the vital role that electricity plays in our lives is apparent.

Access to clean, affordable and reliable energy shouldn’t be a privilege, it should be a right. For the far-reaching human, social and economic benefits, the time to light up Africa is now, the time to power Africa is now. What better way than through renewable energy technologies?